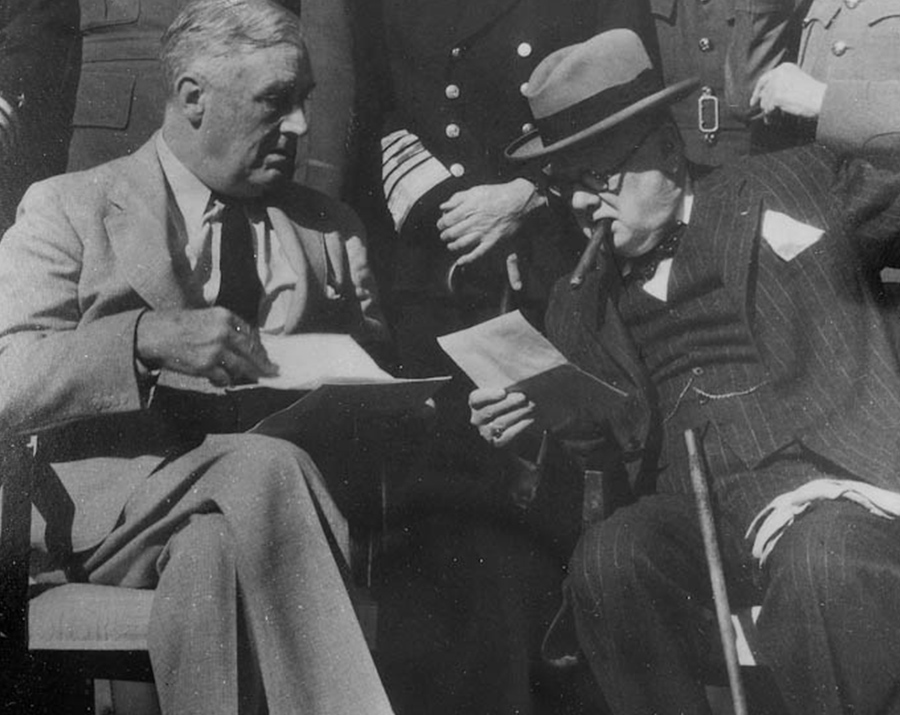 Legend suggests that Sir Winston Churchill discovered C.W. Dixey & Son while he was a pupil at Harrow school.

The first surviving order, for two pairs of tortoiseshell spectacles, is dated 21 June 1910. The last is dated 47 years later.

Over the decades, our staff made frequent consultation visits to his private residence or 10 Downing Street. His spectacles were often tailored for specific pursuits such as sketching, painting, or card playing.

In September 1944, Sir Winston requested a simple motif of two white dots on the temple tips of his frames. All C.W. Dixey & Son frames continue to bear this signature.

Curiously, Mr Churchill cancelled his spectacle insurance days after the start of the Second World War. Five days after the war ended, he ordered a new pair for painting.

Sir Winston famously once said, "I am easily satisfied with the very best".