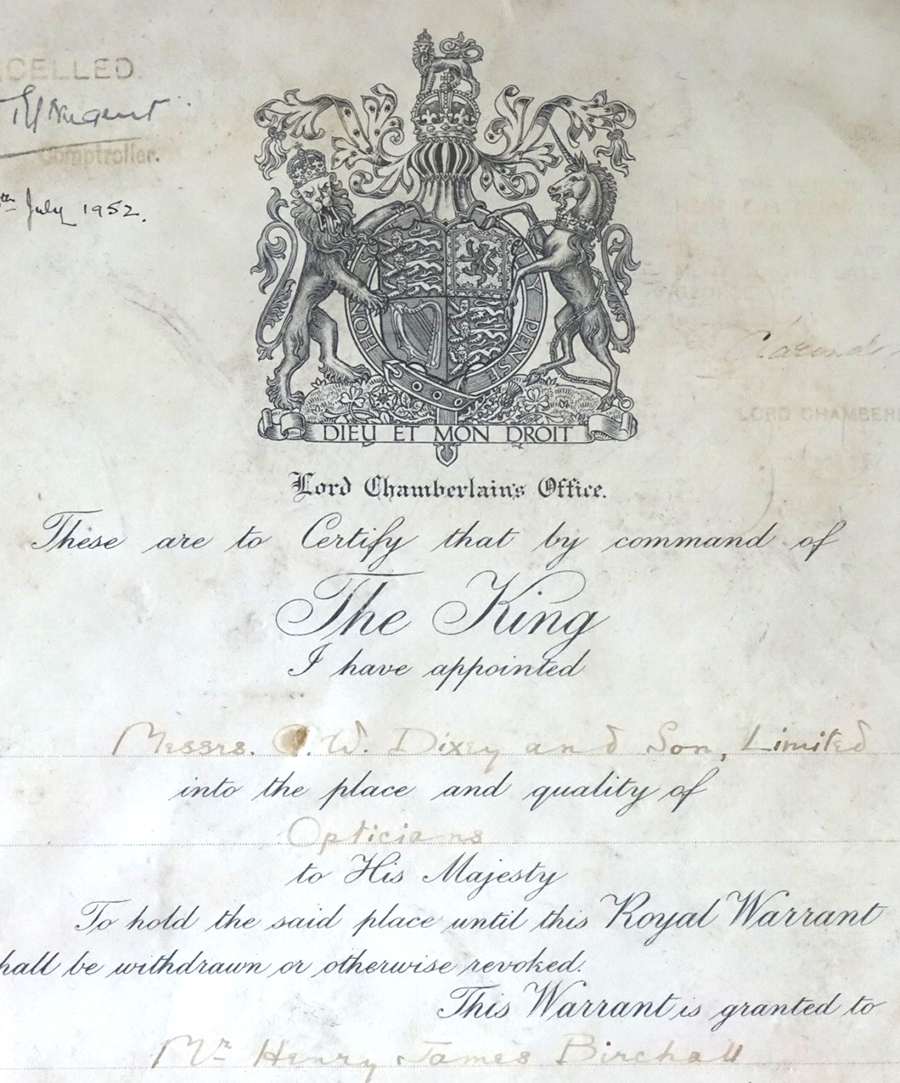 C.W. Dixey & Son has served seven successive kings and queens of England, and the royal houses of nine nations. The company has been awarded the following Royal Warrants, which serve as marks of distinction.